12.5b Substitution with PBr3 and SOCl2 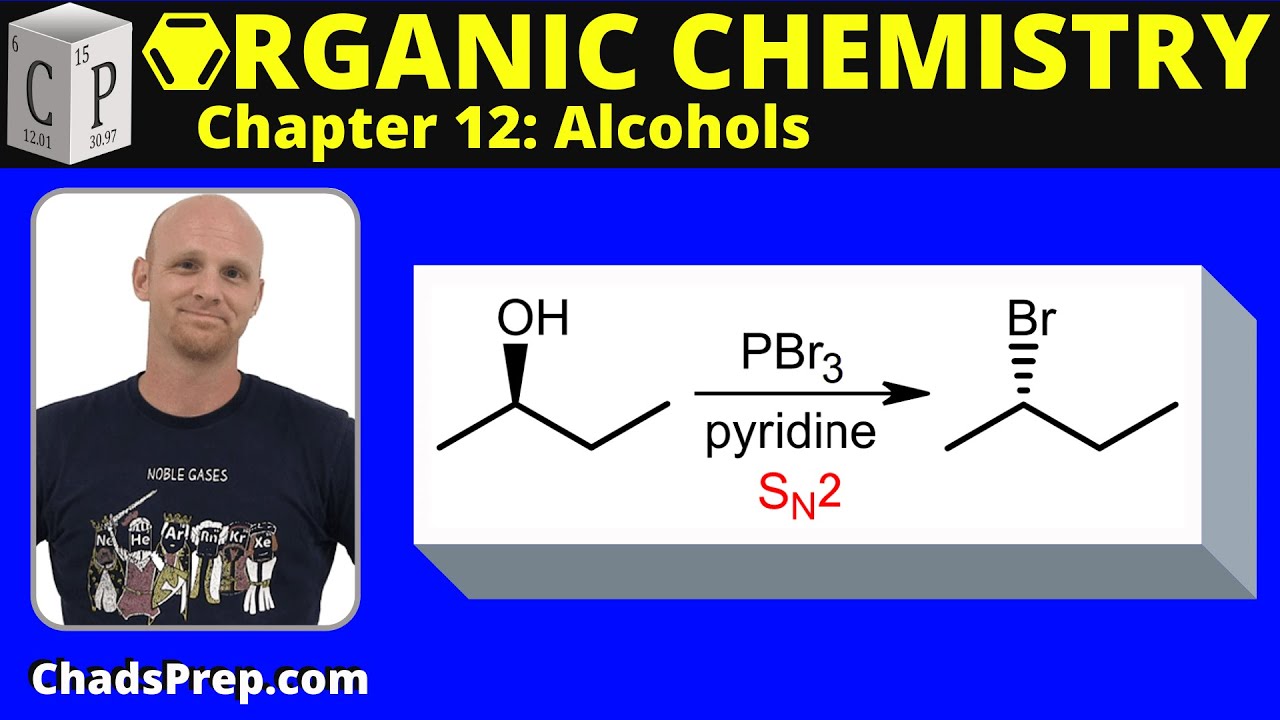 Substitution Reactions with PBr3 and SOCl2

Phosphorus tribromide (PBr3) and thionyl chloride (SOCl2) can be used to convert primary and secondary alcohols into the corresponding alkyl bromides and alkyl chlorides.  (Later in the course you'll learn that they can also be used to convert carboxylic acids into acid chlorides and acid bromides--20.8a Synthesis of Acid Halides.) The reaction proceeds through an SN2 mechanism.  This means there will be inversion of configuration and that we will not have to worry about any sort of rearrangements.  The SN2 mechanism also explains why these reactions generally are not recommended for tertiary alcohols as back-side attack is hindered.

Later in the course you'll learn that PBr3 and SOCl2 can also be used to convert carboxylic acids into acid chlorides and acid bromides--20.8a Synthesis of Acid Halides.

PBr3 is also used in the Hell-Volhard-Zelinsky (HVZ) Reaction to alpha brominate a carboxylic acid.

As stated above, in the reaction with PBr3 the actual mechanism of the substitution step of the mechanism is SN2.  But before this occurs the hydroxyl group of the alcohol, which is a poor leaving group, must be activated converting it into a good leaving group.

This reaction can also be performed in pyridine which acts as a weak base.  The first step in the above mechanism is reversible but subsequent deprotonation by pyridine prevents the reverse reaction from occurring which overall aids in product formation.  The mechanism with pyridine is also shown below.

I included the mechanism both with and without pyridine, but take note that most textbooks and professors will usually only adopt one or the other.  So you should only be responsible for one of these mechanisms and should investigate to discover which was adopted by your particular class.

Most undergraduate textbooks and professors decide to simplify the issue by simply presenting the mechanism as SN2 and resulting in inversion whether in the presence or absence of pyridine.  But a smaller number of textbooks/professors will present the SNi mechanism resulting in retention (this is how it was originally presented to me in my undergraduate studies).  And almost nobody is presenting both.

So I've decided to show three mechanisms, one of which, while not technically correct, is often presented to undergraduates.  You should investigate to see which mechanism is presented in your course and to see if the reaction with SOCl2 is presented as resulting in inversion or retention of configuration.

The Often Presented (but not quite correct) SN2 Mechanism

The SN2 Mechanism for SOCl2 in the Presence of Pyridine


The SNi Mechanism for SOCl2 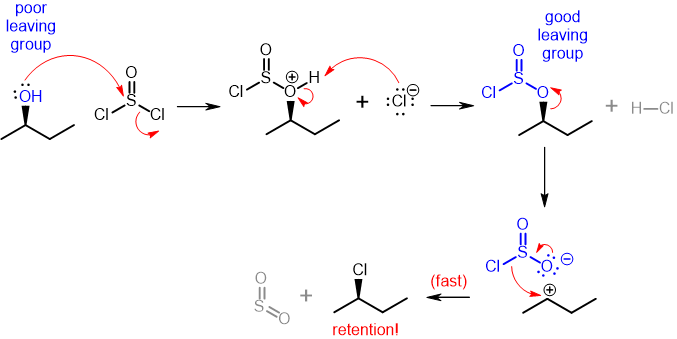 In writing this post I came across an outstanding article on the mechanism of SOCl2 by James Ashenhurst (SOCl2 Mechanism for Alkyl Halides: SN2 vs SNi).  He gives a more comprehensive treatment of the issue than I do here.  An excellent read for the ochem fanatic!