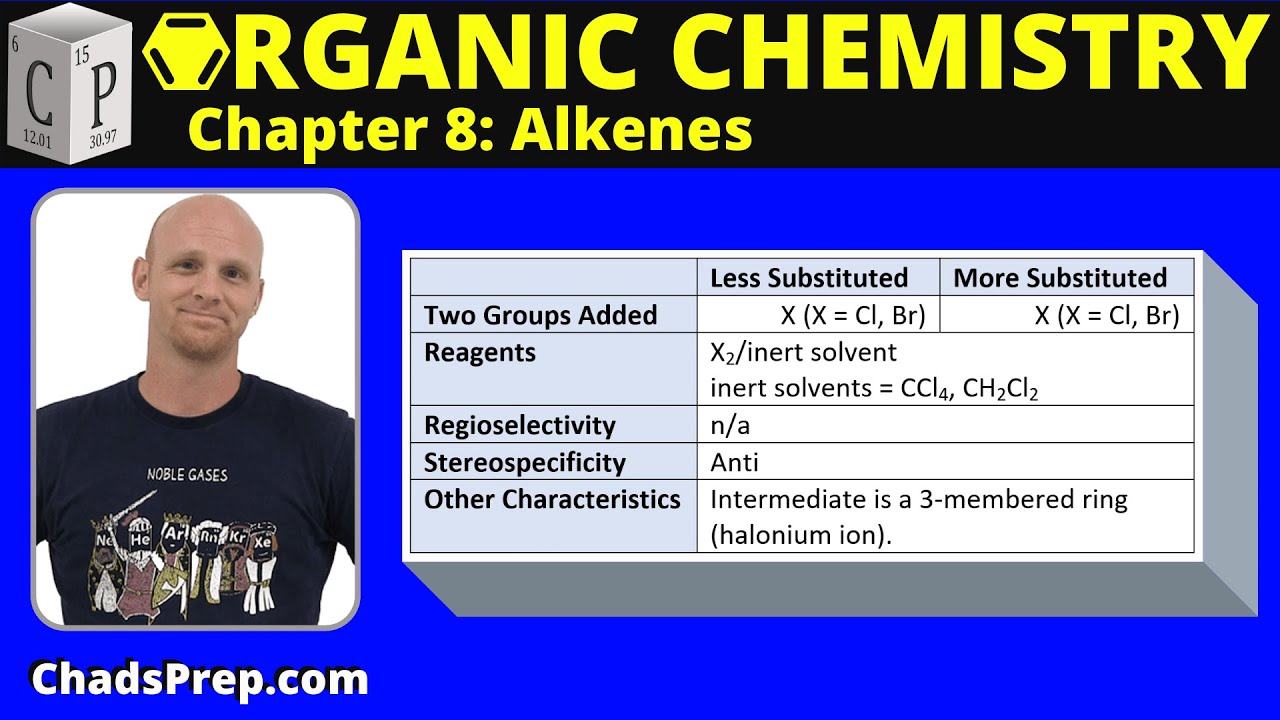 Halogenation results in the addition of two halogen atoms (Cl or Br) across an alkene forming a vicinal dihalide.  The reaction proceeds with Anti stereospecificity, and as the intermediate is NOT a carbocation rearrangements are NOT possible.  The reagents are either Cl2 or Br2 in an inert solvent (usually CH2Cl2 or CCl4).

Step 2: Ring-Opening of the Bromonium Ion

The bromide ion carries out back-side attack (as in SN2) on the more substituted carbon of the bromonium ion (the two carbon atoms are equally substituted in this example) resulting in the bond to the Br in the bronomium ion breaking (analogous to loss of a leaving group in SN2 even though it is still attached to the adjacent carbon atom) and the opening of the 3-membered ring.

The back-side attack results in inversion of configuration at the carbon attacked explaining why the two bromine atoms add to opposite sides of the alkene (i.e. anti addition).