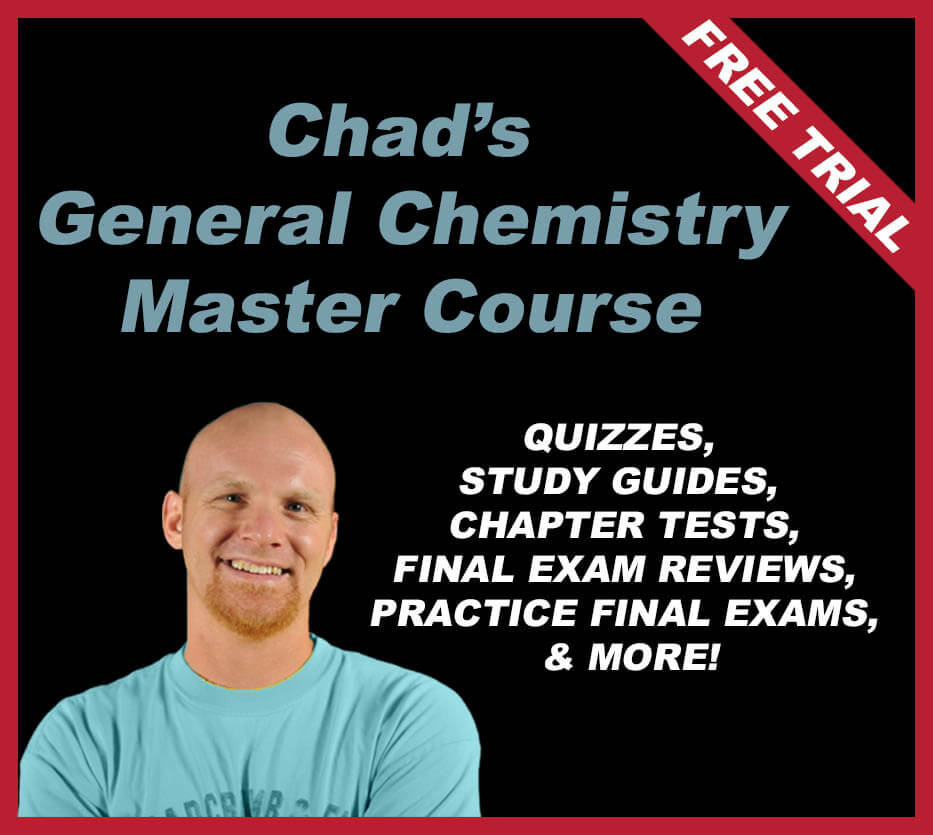 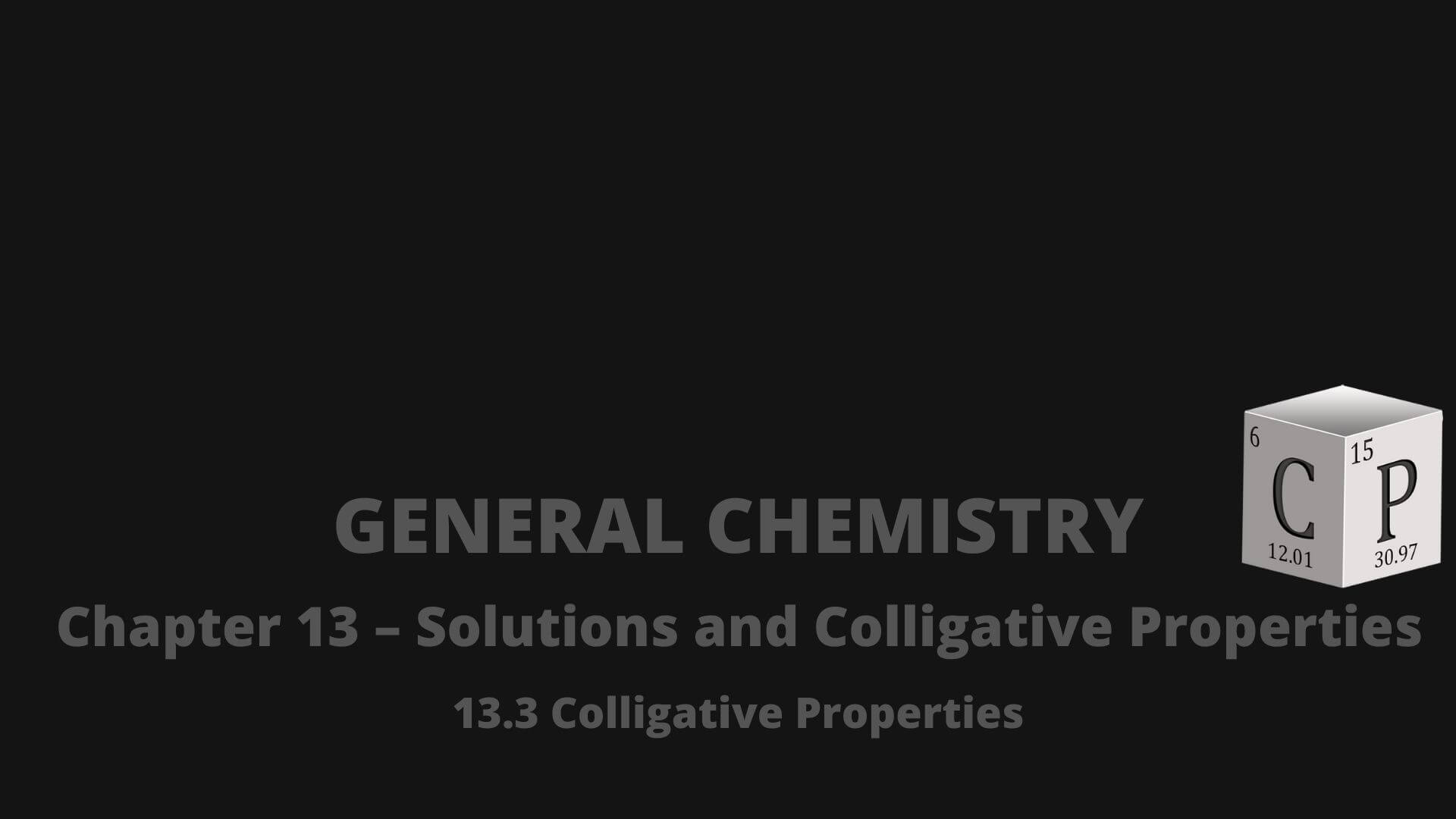 What is a Colligative Property?

A colligative property is a property of a solution that changes proportionally as a solute is added, and this change generally occurs with any solute and is not dependent upon the solute's identity.  The key is that the solute is distinct from the solvent and disrupts the pattern of intermolecular forces normally present in the pure solvent, and the more solute particles the greater the disruption.

As you add increasing concentrations of solute to water its freezing point decreases, its boiling point increases, and the vapor pressure of water above the solution decreases.

What is the Van't Hoff Factor?

The van't Hoff Factor (i) has no units and is simply the number of ions a solute dissociates into per formula unit.  Since the change in a colligative property is proportional to the number of solute particles present in solution, then a solute that dissociates into multiple ions will result in a larger change and the van't Hoff factor allows us to factor that in.  If a solute is a nonelectrolyte (includes most molecular compounds) and doesn't dissociate into ions it has a van't Hoff factor of 1, whereas electrolytes will have values greater than 1.

The van't Hoff factors for some typical compounds are shown below: 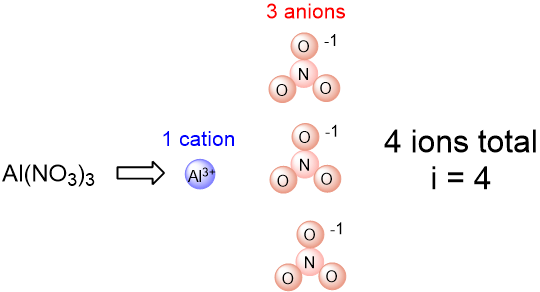 Try a couple yourself.  What is the van't Hoff factor for each of the following?

The addition of solute to a solution results in the lowering of the freezing point (a.k.a. melting point), the occurrence of which we refer to as Freezing Point Depression.  When a liquid cools the molecules slow down until the point at which they no longer have enough kinetic energy to overcome the intermolecular forces that 'freeze' the molecules into a solid.  This is the freezing point.

The addition of solute adds molecules or ions that are distinct from the solvent molecules.  Upon freezing these solute particles will put irregularities into the crystal structure which make it more difficult to form when compared to the pure solvent.  The result is that the molecules must be moving even more slowly to 'freeze' into a solid which now occurs at a lower temperature than for the pure solvent, and the greater the concentration of solute particles, the lower the freezing point.

Mathematically, the change in the freezing point is calculated as follows:

i = the van't Hoff Factor

m = the molality of the solute

What is the freezing point of 1m NaCl in H2O?

The addition of solute to a solution results in the increase of the boiling point, the occurrence of which we refer to as Boiling Point Elevation.  As a liquid is heated its energy increases ('chemical potential' is the proper technical term but I'll substitute 'energy' for simplicity here).  When the energy of the liquid equals the energy of its gaseous form the two phases are said to be in equilibrium.  This is the boiling temperature.

When a solute spontaneously dissolves into a solvent, it lowers the energy of the solution.  As a result of this lowering of its energy, the solution must now be heated to an even higher temperature to have its energy equal to that of the gaseous form thus explaining the increase in the boiling point.

Mathematically, the change in the boiling point is calculated as follows:

i = the van't Hoff Factor

m = the molality of the solute

What is the boiling point of 1m NaCl in H2O?

Which of the following aqueous solutions would have the highest boiling point and highest freezing point? (answered in the video lesson)

Which of the following aqueous solutions would have the highest boiling point and highest freezing point? (answered in the video lesson)

Mathematically, the vapor pressure of the solvent (A) above a solution is:

PA = the partial pressure of A (solvent) above the solution

χA = the mole fraction of A (solvent)

PA * = the partial pressure of pure A (solvent)

What is the vapor pressure of water at 25°C above a solution containing 162g H2O and 32g CH3OH?

Mathematically, the osmotic pressure is calculated as follows:

i = the van't Hoff factor

M = the molarity of the solute

T = the temperature (in Kelvin)

What is the osmotic pressure at 25°C of the fluid in the following diagram?